Founders are the original inhabitants of the Coppice Kingdom. They are adventurers at heart and gather resources to further discover the world they find themselves in. As they develop their skills to build new homes and vehicles, they discover new creatures that the bring back to their homeland.
‍

Skills allow the Mindfolk to improve their abilities in various fields, including that of resource accumulation and speed of building/production. The first skills to be learnt are that of a lumberjack and a carpenter. Skills take approximately 7 days to learn and if a Mindfolk is listed during that period, they have to start again. Skills are free to learn.

Both lumberjacks and carpenters are 100% fulfilled.

Initially Founders were only chopping $WOOD, but as they discover more and more of the Mindverse, the Mindfolk have unlocked new resources that enable them to build new tools, structures and vehicles.

Each type of Mindfolk have their own primary resource. 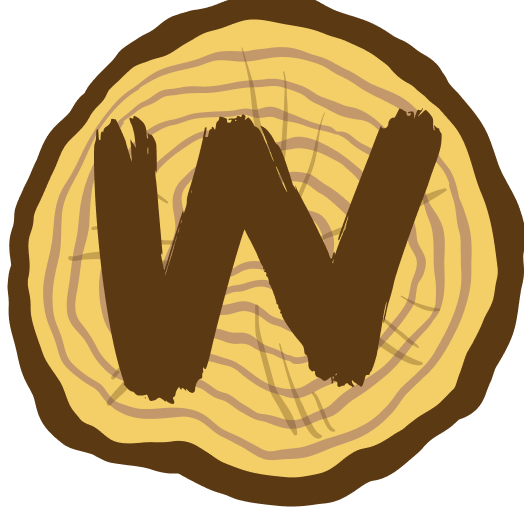 You will be able to build various architectural structures as we grow the Coppice Kingdom. The first two known structures are that of cabins and that of boats. Building is an independent activity; Mindfolk are unable to build and rent or build and go on voyages simultaneously. They can also only build one structure at a time. If a Mindfolk that is busy building gets listed during their building time, they will lose their progress and all the $WOOD required to build. The only exception is if you have started building but the collection is built out before you complete your build (for example, someone using a faster means to build, such as 2 carpenters) - this will result in a refund of the $WOOD. 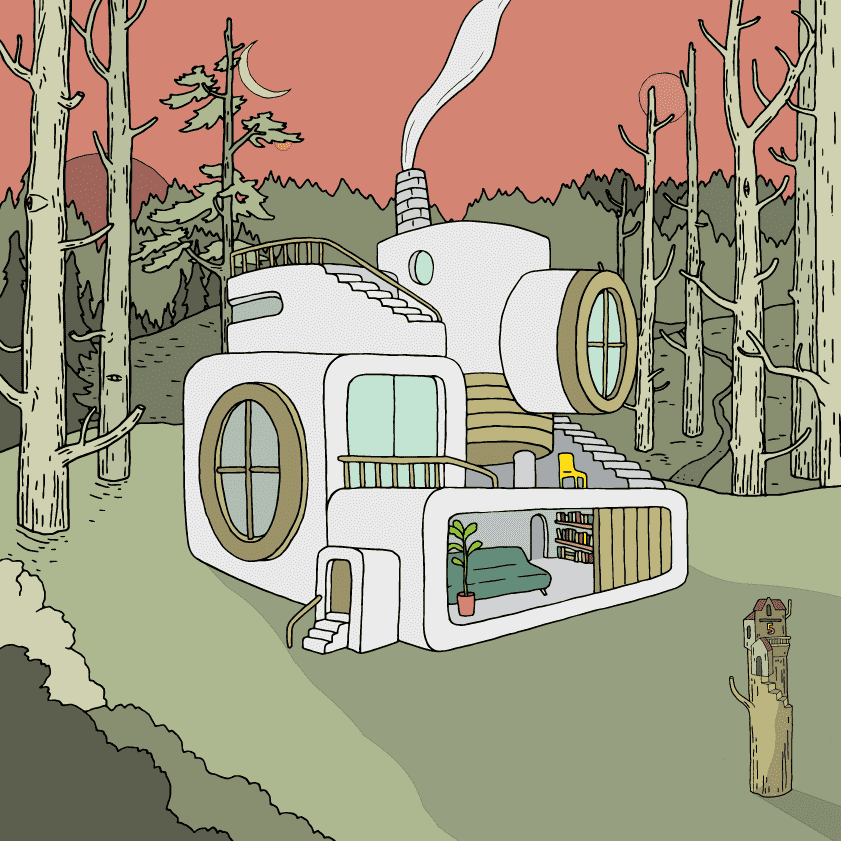 A cabin can be built with 1200 $WOOD and there is a maximum supply of 333 cabins. All the cabins are unique and will exist on various plains within the Coppice Kingdom. There is no limit on how many cabins may be built with a single wallet, however, you do require a Mindfolk to build. It will be a separate collection - trade-able on a marketplace immediately after being successfully built. Building of cabins will take 6 weeks for 1 lumberjack, 3 weeks for 1 carpenter, and 2 carpenters/ 1 Elderfolk would need only 1.5 weeks. A maximum of 2 carpenters can build a single cabin at a time and Elderfolk cannot be stacked with carpenters. Once you commit to the building process, you will lose your $WOOD if you stop building. While building, Mindfolk belong to the workshop and cannot occupy their cabins. All cabins have 4 rooms, unless otherwise stated. 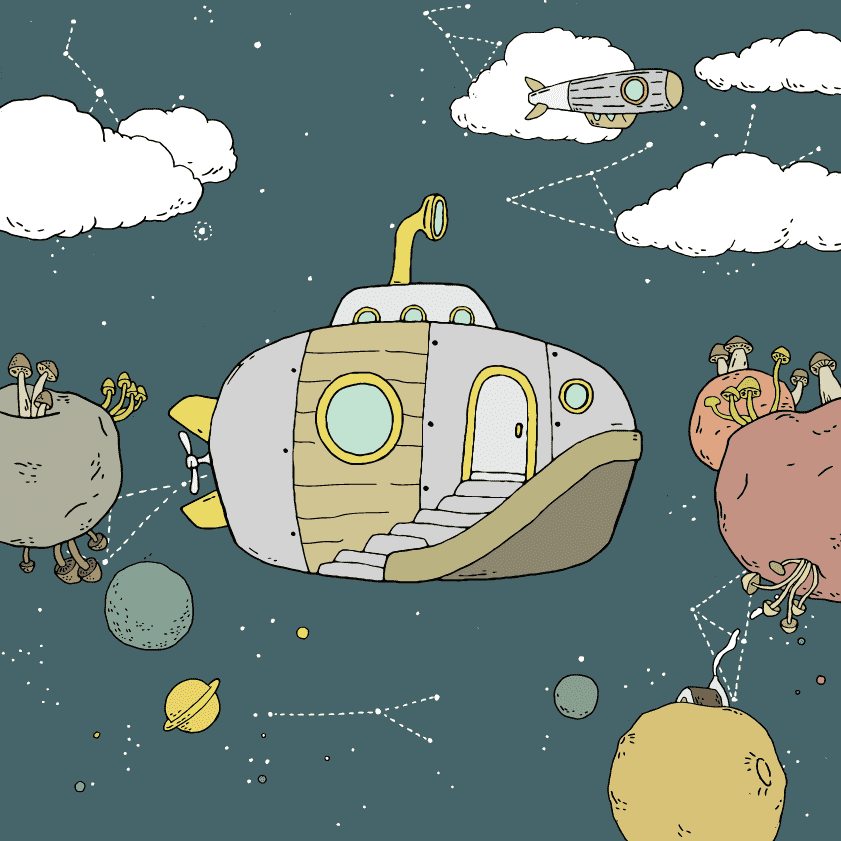 Boats will require 2222 $WOOD to build with a maximum supply of 222 boats. There is no limit on how many boats may be built with a single wallet, however, you do require a Mindfolk to build. All boats will have a unique design and will be trade-able on a marketplace immediately after being successfully built. Building of boats will take 12 weeks for 1 lumberjack, 6 weeks for 1 carpenter and 2 carpenters would need only 3 weeks (Elderfolk too). Only 2 carpenters can build at a time and Elderfolk cannot be stacked with carpenters. Once you commit to the building process, if you stop, you will lose your $WOOD. While building, Mindfolk belong to the workshop and cannot occupy a cabin or Boat. All boats have 3 seats, unless otherwise stated.

The purpose of the Elderfolk Forest Spirits is to keep a watchful eye over the Coppice Kingdom and its inhabitants. These seven great beings - wise spirits existing in animal form within the multiverse – have guarded the trees, the land and the sky since time began. They represent the consciousness of the Mindfolk and as a result earn double $WOOD - 26 per day and can build at the speed of 2 carpenters. Their omnipotence carries throughout time and will result in no further training and optimised efficiencies throughout the Mindfolk journey.
‍
Elderfolk will also play a pivotal role in the growth and direction of the Mindfolk journey, working closely with the Pioneers and Guardians. Every Elderfolk will receive their original sketch and a signed print and become a valued member of the Mindfolk family for all time.

These community structures will be retained separately by four of the Mindfolk, via auction, who will take ownership of and responsibility for the premises and its upkeep. The owners of the mythical cabins will receive a portion of the $WOOD which is accumulated by these cabins. (these portions will vary according to the utility of each community cabin).
The Joinery - 5.55% of $WOOD proceeds.
Folk Affairs 11.11% $WOOD proceeds. 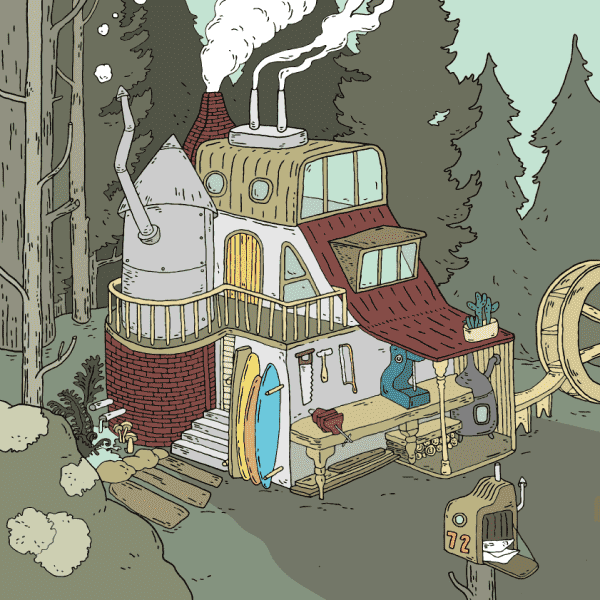 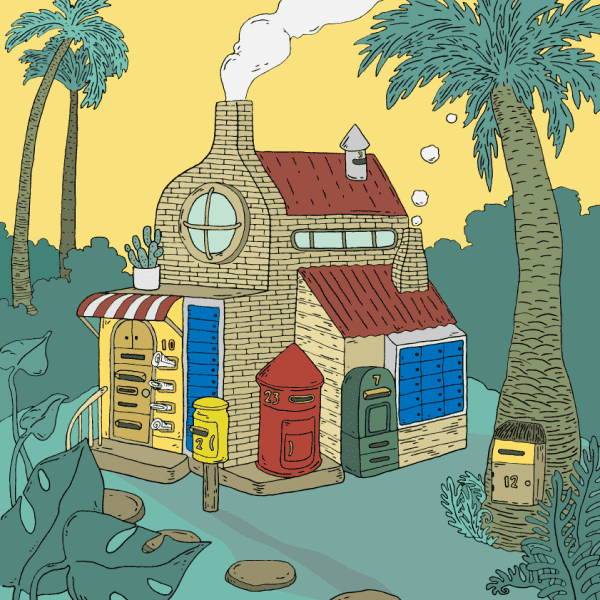 Discover 18 unknown islands to find spores by using exploratory voyages first. Both voyage types must have boats filled with 3 fellow sailors. Different outcomes may occur when searching for islands. Some lead to success and others to failure. If Sailors have surfboards attached to them, voyage success improves.

Autosail voyages will depart as soon as all crew slots are filled.

The bounties you will receive after a voyage will be a combination of resources and glorious spores. Pay attention traveller.

Boat owners' boats act as a “sailor” and receive the same rewards of every other sailor.

The Dukes of Folktown Board Club

Surfboards and skateboards have an effect on the duration of a voyage. Each sailor has one slot available to equip either a surfboard or skateboard.

To equip your board to your Mindfolk go to the Kingdom homepage > Menu > Surfboards. Boat Owners cannot equip surfboards. Sailors need to equip them.

Spores are mysterious egg like entities that are retrieved from the islands through voyages. After some time, they evolve into Mindlings.

The spores obtained on successful boat voyages take 45 days to evolve. The process of evolution is reset every time the spore is listed. If a spore is placed inside a cabin, the spore will take only 10 days to evolve at 100 $WOOD per spore. The 100 $WOOD is paid to the cabin owner where the spore is housed, up front. Cabin owners do not pay for their own spores to be placed in their cabins for fast evolution.

Include the video you made with:
1. Deposit 100 $WOOD for each spore in the bank at the Kingdom
2. Click the dropdown menu and select cabins. Click Coppice Kingdom and select a cabin with available rooms (You may search for a cabin by name if you are looking for a specific cabin)
3. Click the + sign on an empty spot in the room
4. Select "Spores"
5: Click your Spore
6: Click "House"
7: Wait for 10 days.

Mindlings are unique creatures that belong to tribes that inhabit the islands of the Mindverse.
They go through a unique leveling process that improves their functionality. Information on their current level is available in the token metadata.
‍

Obtained through completing Mindling Training, this allows them to participate in voyages and earn basic rewards.
‍

Obtained through merging, where two level 1 Mindlings from any tribe are merged into one. Level 2 Mindlings receive a special badge in the corner of their image. Level 2 allows them to earn improved rewards from voyages (see voyage rewards section) and access to specific spores.

Pirates bring chaos to the existing order, they belong to the sea and the sea belongs within them. Through brutal initiation they will take their ranks and be rewarded for their position in their crew. Nothing comes easy but failure is far and few between. They prey off those lost at sea and take from those that sleep deep without caution. Their missions are simple.

Pirates will have access to voyages once they have completed their initiation. These will be Pirate specific pillage missions. What they receive and their cool down periods are determined by their role.

Works non-stop, knows all the knots and all the right spots. Unfortunately not regarded high enough to enjoy their fair share of the loot and often undervalued. However, their hard-work pays off as they return from pillages faster to spend more time enjoying their loot.

Deckhands are faster at pillaging.

Takes the biggest share of the loot, always on their toes and always looking to pinch more than they deserve. However, they often get caught in the bustle and tend to over cook their spend at shore. Too much rum and too much fun results in slower voyages.

Rewards are paid in $Resources, raffle tickets and spores. There is mystery beyond understanding. So much to be found in the open seas and beyond the Coppice Kingdom horizon. The pirates go off map at will, disregarding danger or convention.